We all love plants and gardening is fun. It's relaxing, calming and makes it for a great hobby.

But gardening requires patience and an adequate amount of time. People sometimes may give up on plants as no progress is visible, thi specially happens with flowering plants. This especially happens with the beginners, they do not have enough patience to wait for the flowering season.This leads to too much effort or ignorance in plant maintenance, and eventually the plant may not survive for another flowering season.

What if we say you can keep the desire of plantation alive by bringing home some perennial plants?

Perennial: lasting or existing for a long or apparently infinite time; enduring or continually recurring.

Let’s have a look at some of the hardy perennial plants. 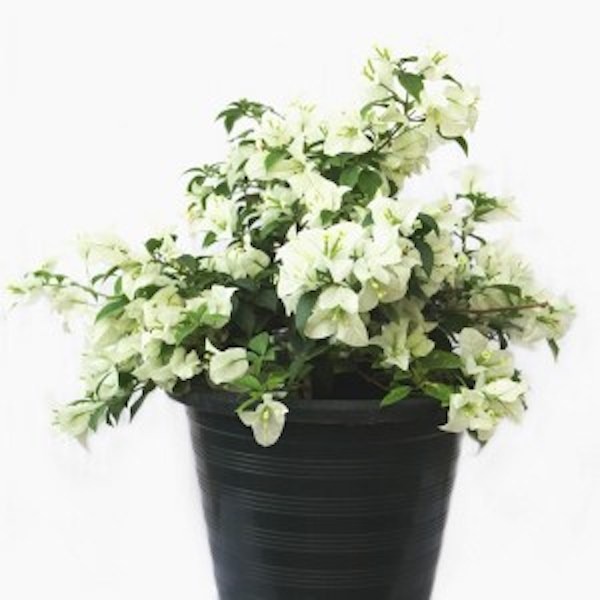 The vine species grow anywhere from 1 to 12 m (3 to 40 ft.) tall, scrambling over other plants with their spiky thorns. They are evergreen where rainfall occurs all year, or deciduous if there is a dry season. The leaves are alternate, simple ovate-acuminate, 4–13 cm long and 2–6 cm broad. The actual flower of the plant is small and generally white, but each cluster of three flowers is surrounded by three or six bracts with the bright colours associated with the plant, including pink, magenta, purple, red, orange, white, or yellow. Bougainvillea glabra is sometimes referred to as “paper flower” because the bracts are thin and papery. 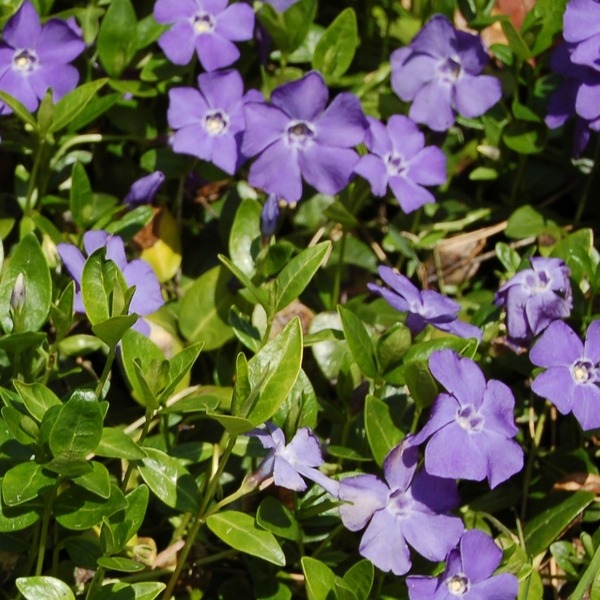 The periwinkle is a perennial herb with flowers that can bloom throughout the year, depending on the climate. These often are bred for their unique colors, ranging from white to green-yellow and lavender. Also referred to as Lochnera rosea, Vinca rosea, and Ammocallis rosea. The related plant Vinca minor (common periwinkle, Myrtle) is used as a ground cover. 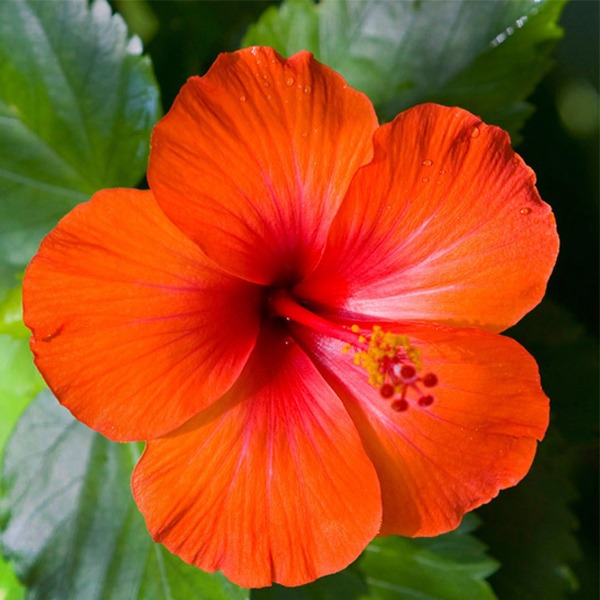 Hibiscus is a genus of flowering plants in the mallow family, Malvaceae. The genus is quite large, comprising several hundred species that are native to warm temperate, subtropical and tropical regions throughout the world. Member species are renowned for their large, showy flowers and those species are commonly known simply as “hibiscus", or less widely known as rose mallow. Other names include hardy hibiscus, rose of sharon, and tropical hibiscus.

A tea made from hibiscus flowers is known by many names around the world and is served both hot and cold. The beverage is known for its red colour, tart flavour, and vitamin C content. 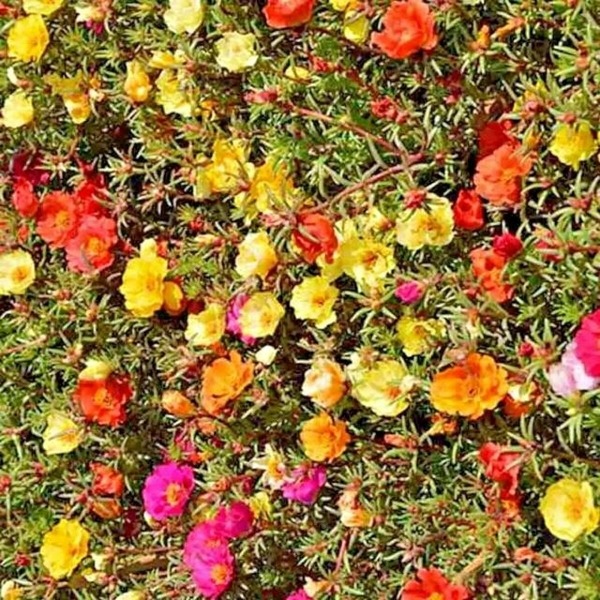 Portulaca, or moss rose, is an annual flower with a profusion of sunny flower colors combined with its toughness to make it a natural for difficult garden sites. It will do even better under less difficult conditions.Moss roses grow nearly prostrate — a mat of fleshy leaves with stems topped by flowers. Newer varieties are available in a myriad of jewel-like colors — yellow, gold, orange, crimson, pink, lavender, purple, and white. 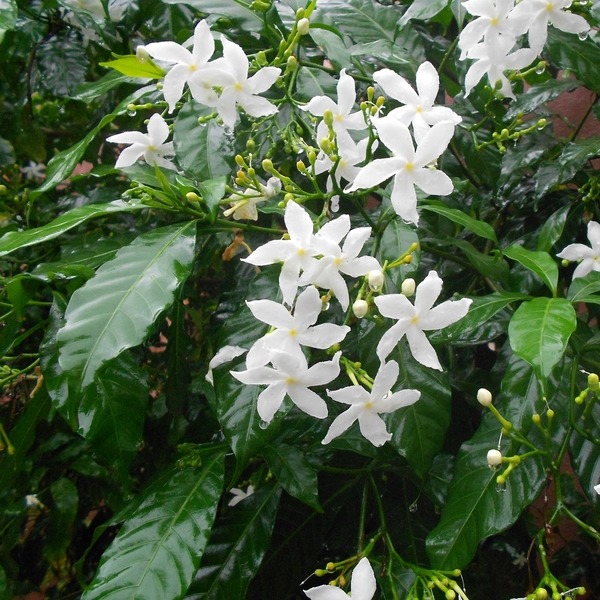 Tabernaemontana divaricata commonly called pinwheel flower, crape jasmine, East India rosebay and Nero's crown is an evergreen shrub native to India and now cultivated throughout South East Asia and the warmer regions of continental Asia. In zones where it is not hardy it is grown as a house/glasshouse plant for its attractive flowers and foliage. The stem exudes a milky latex when broken, whence the name milk flower. 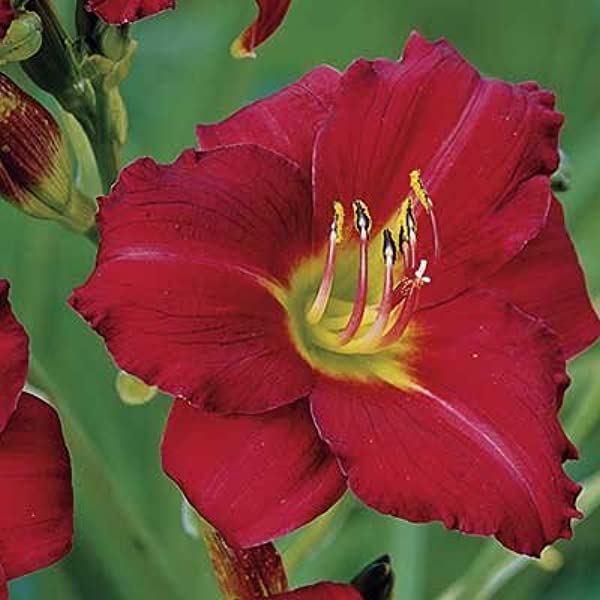 Daylilies are perennial plants, whose name alludes to its flowers, which typically last about a day. The flowers of most species open in early morning and wither during the following night, possibly replaced by another one on the same scape the next day. Some species are night-blooming. Daylilies are not commonly used as cut flowers for formal flower arranging, yet they make good cut flowers otherwise, as new flowers continue to open on cut stems over several days.

Hemerocallis is native to Asia, primarily eastern Asia, including China, Korea, and Japan. This genus is popular worldwide because of the showy flowers and hardiness of many kinds. 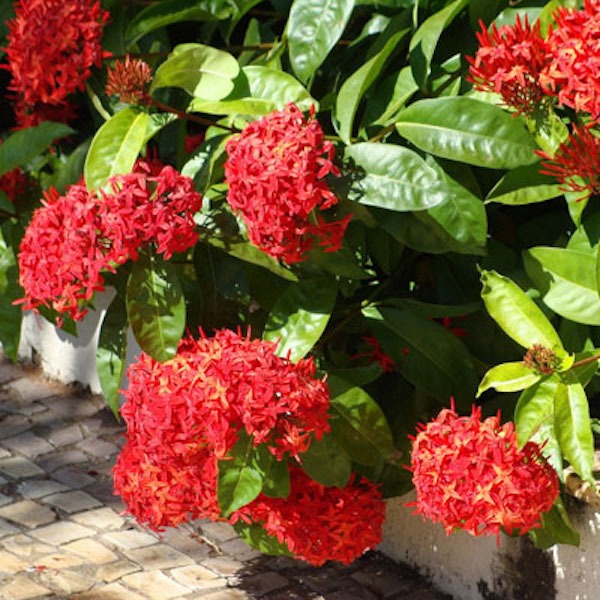 Ixora is a genus of flowering plants. Genus name comes from the Portuguese rendering of Sanskrit Isvara meaning lord. Ixora is an evergreen shrub with glossy-green, opposite leaves. Ixoras can also be easily shaped, which is a great advantage for those who want to have a nice hedge in their garden. Indoor gardening is a great choice for those who want to have Ixora plants. 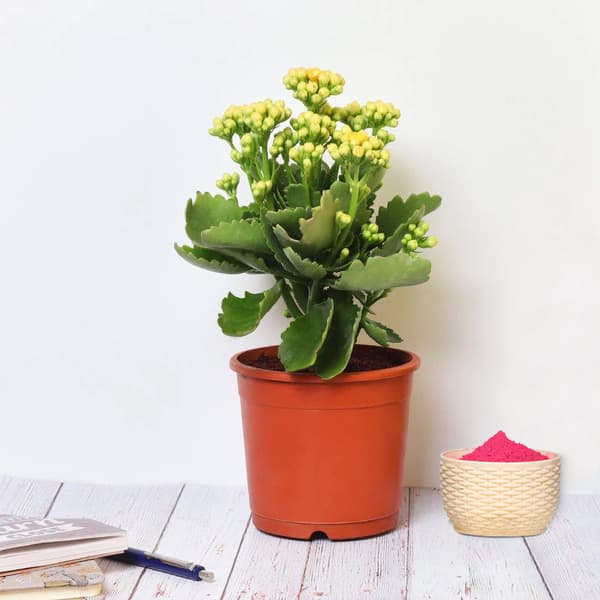 The Kalanchoe plant has fleshy leaves which retain water very well, much like a cactus plant. Because of this, they should not be watered too frequently. The flowers which the plant produces are colourful and very long lasting. Most varieties of Kalanchoe will also produce very small plantlets around the margins of the larger leaves and these can be used to cultivate new Kalanchoe plants. 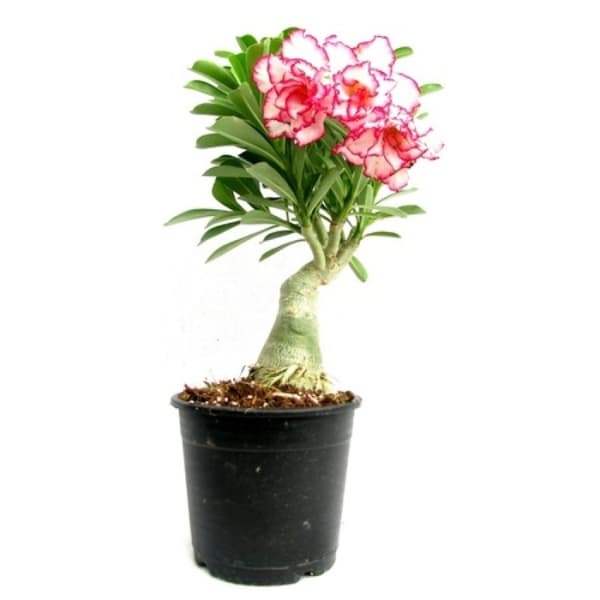 Adenium obesum is a species of flowering plant in the dogbane family, Apocynaceae, that is native to the Sahel regions, south of the Sahara (from Mauritania and Senegal to Sudan), and tropical and subtropical eastern and southern Africa and Arabia. Common names include Sabi star, kudu, mock azalea, impala lily and desert rose. It is an evergreen or drought-deciduous succulent shrub (which can also lose its leaves during cold spells, or according to the subspecies or cultivar). 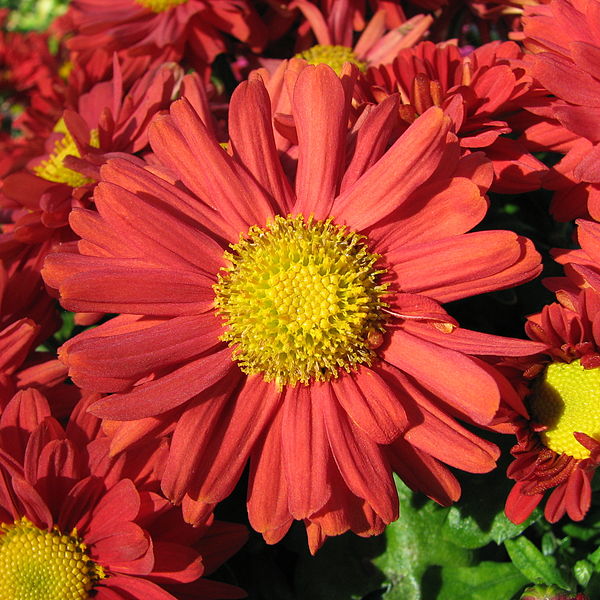 Chrysanthemums, sometimes called mums or chrysanths, are flowering plants of the genus Chrysanthemum in the family Asteraceae. They are native to East Asia and northeastern Europe. Most species originate from East Asia and the center of diversity is in China. Countless horticultural varieties and cultivars exist.

Hope this keeps your gardening desires alive and be a pro one day.

Need some Ready to Go Plants? Check out our Shop
SHOP NOW
Leave a Reply Cancel reply
WhatsApp with expert!